Many charities have benefited from the work of Silves Rotary Club since it gained its charter in 1993. The club donates time and energy to supporting the Silves community whilst also participating in cross Algarvean, Portuguese and International projects. Fundraising mainly focuses on the organising of events but the club also facilitates the collection of food, toys and everyday items required locally.

If you would like to make a contribution towards the many worthwhile causes we support, please contact our long-time and much valued Treasurer Pascal Martin  Email:chevroid46@hotmail.com

The President for 2019/20 is Isabel Flores. Her focus this year is the development and consolidation of Educational Projects which are central to Silves Rotary Club work. She has many interesting projects in mind and looks forward to promoting fellowship through a wide range of activities, from large concerts to small intimate events and widening Silves Rotary Club’s network of friends. Funds raised this way will support:

RC Silves works with the Agrupomento Silves Sul: This group of schools ( EB2,3 Algoz, EB 2,3 and JI Armacao de Pera, EB2,3 and JI School of Silves, JI and Educational Units Alcantarilha / Pêra / Tunes) covers the parishes of Silves, Alcantarilha, Armação de Pêra, Pêra and Tunes. The schools serve 1726 students from a range of backgrounds speaking a number of languages. A high proportion of students are receiving economic support. For more information on the schools visit their website.

The school is taking part in the Digital Media Project and the Cookery Competition and a school exchange with Wildern School in Hedge End near Southampton.

The Digital Media Project involves students in the use of digital media in the classroom. They use the medium of film, music, art and animation to express themselves and to communicate and develop their understanding of the curriculum. The best examples of their creativity are shown at the SilvesSul Oscars. This year’s Oscars was attended by 600+ parents, students and VIPs including João Costa, Portugal’s Secretary of State for Education.

School exchange The schools involved in this project are the Agrupomento Silves Sul and Wildern High School, Southampton. This exchange is linked to the Digital media project with six students and two teachers from each school visiting the UK and Portugal. The UK students attend the SilvesSul Oscars in March and the Portuguese students the Wildern Oscars in July each year. As well as enjoying the Oscars Ceremony the students enjoy leisure time with their exchange families and attend each others schools – this has been quite eye-opening for many students (and teachers). The exchange has been described as life-changing and inspiring by the students and the teachers, who have made lifelong friends. 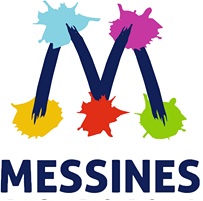 Founded 83 years ago to promote the development and well-being of the community, the Casa do Povo de Messines is currently one of the most dynamic institutions in the region. The activities and services provided are concentrated in five areas: education, social support, culture, sport and leisure.  RC Silves is raising funds to help in the purchase of a sensory room for Casa do Povo.

A book published by Silves Rotary Club, Arte e Poesia, is available for minimum donations of €10 with profits going towards items for Casa do Povo 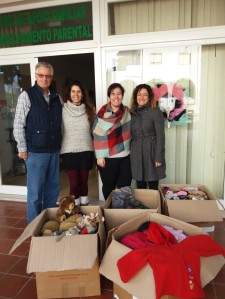 Castelo de Sonhos is a charity supporting the underprivileged in the Silves area, a private institution for Social Welfare which supports and protects children and families. They aim to improve health and education, improve housing conditions and reduce poverty through the distribution of food, clothes and knowledge. Funds have been raised throughout the year, and support given for a new Van as well as donations of Christmas shoeboxes by Rotarians and friends.

The Silves Rotary Club Step-Up Fund was formalised in 2015/2016.  Bram Bijloo was a true Rotarian and a great friend who lost his life much too early.

Bram had made a donation to our club funds. When he and his wife Wilma decided to enjoy a trip around the world he stated that he was happy for his donation to be used for good purposes. The Silves Rotary Step-Up Fund is utilised to further the education and career opportunities of individuals. These individuals are selected on perceived merit and are not restricted by age, nationality or by work/profession. This ensures that a young person wishing to become a carpenter will be considered in the same way that someone wanting to follow a profession in law or a sporting career. The club has so far assisted a trainee doctor, a mature student nurse, a psychologist and an engineer in pursuit of their careers.

What does it mean to “end polio”? It means zero reported cases around the world. The endgame depends on all of us and Rotarians have committed to ensuring that no child suffers the paralyzing effects of polio. Find out more by visiting the End Polio Now website. Here is what we do: build awareness by sharing the polio story (Paulo Silves) and raise funds by collecting at each and every meeting.  Thanks go to Open Media, the publishing house which supplies us with copies of the Algarve Resident for sale at our meetings; the money received goes to our End Polio Now Fund.

Just a few of the beneficiaries who have received funds from RC Silves in the past:- 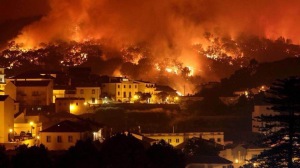 The Bombeiros: In Portugal without the dedication and courage of our volunteer firefighters communities in Portugal would be at much greater risk. For this reason Silves Rotarians continue to support the service and show its gratitude for their continued professionalism.

Banco Alimentar: On February 23, 1999 Portuguese Federation of Food Banks Against Hunger was established. Silves Rotary Club supports Banco Alimentar as it strives to combat waste, recovering surplus food for those who have little or none. We work with individuals, businesses and other Rotarians who are associated with this cause by collecting food and milk products. For more information about Banco Alimentar visit their website or youtube. Rotarians regularly help in the collection of food at supermarkets along the Algarve and during our Rotary meetings.

Associação Oncológica do Algrave is a Non Profit Organisation founded in 1994. The main purpose of this Association is to provide support to oncology patients throughout the Algarve. The club  provided funds this year towards a new Mobile Unit for Breast Cancer Screening.

An Institution serving people with mental illness. A multidisiplinary team works with patients through training programmes and occupational activities that encourage and enable them to develop interpersonal and life skills ensuring their reintegration into society. For more information on UNIR visit their website.

THE PAST FEW YEARS

The President for 2017/2018 was Stewart Smith.  This was a year of consolidation. Stewart and his partner Linda had to spend a considerable amount of time in the UK (not by design) and at the Handover in July 2018 he thanked the Board members who had supported Silves Rotary Club during his absence.  Stewart said that he was pleased with the ongoing support offered to the various charities supported by the Silves members.

The President for 2016/17 was David Trubshaw. His focus was the development and consolidation of the Educational Projects which are central to RC Silves work. His particular focus is on the Arts and he had major successes with his primary school art project “Sardines”.

Watch out for David’s latest Art Project – Painting & Poetry launched earlier this year.  Students have been asked to paint a picture and write a poem. A book of the top 50 paintings and poems will be published and a donation made from sales of the book to the local charity Casa do Povo de Sao Bartolomeu de Messines.

The President for 2015/16 was Bart Van Linden. His focus was the development and consolidation of the Digital Media and Cookery Educational Projects whilst widening RC Silves network of friends.

The President for 2014/15 was Alan Winn. His focus for the year was the widening of RC Silves network of friends and promoting fellowship through a wide range of activities, from large concerts to small intimate events such as coffee mornings. Find out more:-

2013/14 was again a successful year for Silves Rotary Club. The club has grown and made many friends whilst supporting many good causes. Find out more:-

In 2012/13 The Rotary Clube de Silves supported many Charities. You can find out more by viewing the Past President, Sheena Rawcliffe’s Powerpoint Presentation shown at the Handover Dinner in July 2013.