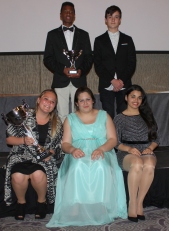 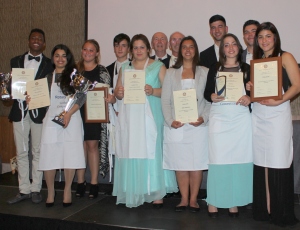 Competition finalists,  together with Parents, Teachers and Rotarians were guests at a special gala dinner at the Conrad last wednesday for the presentation of the winners cup of the Rotary Algarve Schools Cookery competition.  This was the third year of the competition that was once again organised by the Rotary Clubs of Almancil and Silves. The winning team was Escola EB2,3 Dr. António de Sousa Agostinho in Almancil.

As well as the food, the judges also took into account the performance of the students acting as waiting staff.

“All the students taking part showed great promise and gave us some superb food,” said Alan Winn. “Deciding on the two teams to go through to the final was extremely difficult.”

The finals were held at the Conrad Hotel on March 9. The teams were each presented with a ‘mystery box’ of ingredients from which they had to produ.ce a three-course lunch.

Peter Hinze said: “After much discussion we awarded first prize to the team from Escola EB2,3 Dr. António de Sousa Agostinho who gave us a starter of chicken roulade with salad, followed by baked salmon on a bed of potato and spinach, and ending with crème caramel.

Giving thanks to the Conrad for its support, Peter said he hoped the experience would encourage some of the students to follow a career in catering.

The meal for the evening was provided by the Conrad chefs who prepared the winning meal giving it their own own twist.

The Almancil school was presented with the winners’ cup with members from each team being awarded a certificate and a personalised apron. In addition to the cup for the winning team, this year a prize was awarded for the best dish of the competition to Miguel Reis of Escola Secundária Dra. Laura Ayres for his fish in tempura batter with savoury rice, said to be “perfect” by guest judge Didier Cazes, formerly of Restaurante Couleur France in Almancil. 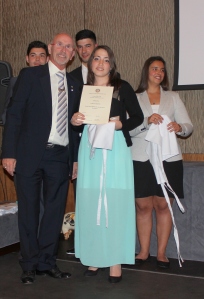 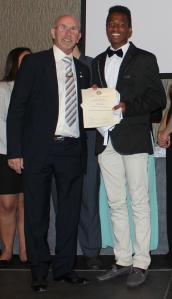 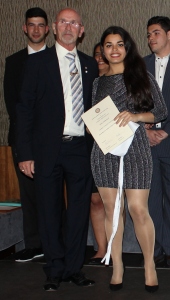 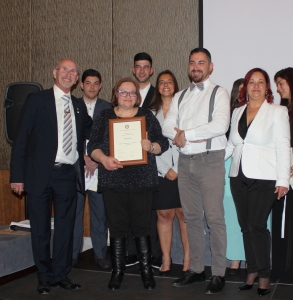