Here we all are all fresco-ing in the hillside garden of Sue and David Butler-Cole and gulping down draughts of fresh mountain air in a clear evening glow. Is this not magic?

Sue cooked up a wonderful roast leitão which was accompanied by black beans and salad. The event? A Rotary Silves fund raiser contributing towards the annual “Back to School Project” promoted by Castelo de Sonhos”.

Guests were very generous and  640 euros was raised which has been ear-marked to purchase tablets for deprived children so they can keep in touch with their teachers in these troubled times when schooling is restricted by the threat of the dreaded virus.

RC Silves last meeting of 2019 was our Christmas Party. Members were joined by friends and fellow Rotarians from other clubs for a fun and laughter. David Trubshaw treated us to his traditional Christmas Cracker Jokes Quiz with a chocolate Santa given to each winner as prize. We also celebrated a good start to the Rotary year with funds raised from a number of successful events going to local charities.  Merry Christmas and a Happy New Year to all! 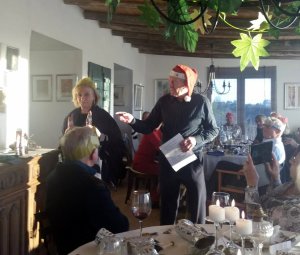 On the 22 November in Carvoeiro, five teams gathered to test their general knowledge on a range of topics in aid of Local Charities. Our hosts Anne and Stewart Officer treated us to a fun filled afternoon of quizzing with an array of  fantastic food . The rain tried to stop play but failed miserably. Entry fees and a raffle raised 500€  to help local communities. The winners an international team with Dutch, Swedish and British members.

‘Delicious fare and lively conversation in a lovely setting; a perfect Sunday afternoon’

On October 16 in Brazieira, Afternoon Tea was served in the garden of Alan and Pam Winn with views over Rocha de Pena National Park. Afternoon Tea was invented when the 7th Duchess of Bedford found it difficult to last without something to eat between Lunch and Dinner. After eating sandwiches, Devonshire scones and clotted cream, and cakes, washed down with speciality teas, sparkling wine and soft drinks, visitors were heard to declare that they had no room for Dinner. Some suggested that it was a lovely way to spend a Sunday afternoon and requested a future event. 360€ was raised to support the RC Silves Education Fund. 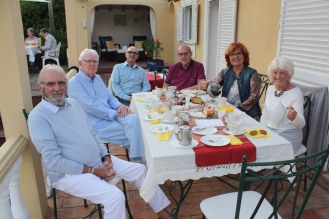 The Charity Concert held on Sunday 18 September at the Teatro Mascerenhas in Silves was hailed as a great success by all.

Thanks to the generosity of the Silves Camera in providing the venue and Blevins Franks Weath Management for sponsoring the event over 2100€ was raised by those attending by having a wonderful time listening to the fabulous music performed by the Eiglestein Brass Quintet in the delightful theatre. The members of the quintet took time to introduce each piece and mingled with the audience at the interval. Thanks to them and the audience for making it such a successful evening.

Rotarians and friends enjoyed an afternoon of fun and fundraising in the garden of Isabel Flores’s home near Silves, on 25 August. Isabel’s shady garden offers views over the Silves countryside and guests enjoyed a wide array of lovely food in this gorgeous setting.  A quiz about Portugal caused alot of laughter as guests battled with questions about the personalities and history of this beautiful country.  The event was in aid of supporting those suffering with cancer and raised 600€.  Dr Margarida Damasceno, Directora de Servico, Hospital de S Joao in Porto was on hand to accept the donation on the hospital’s behalf. RC Silves also has a project  which encourages people to focus on environmental issues and as part of this project three new trees were planted in Isabel’s garden by Alan Winn, Sheena Rawcliffe and the RC Silves President David Trubshaw. Thank you Isabel for a lovely afternoon. 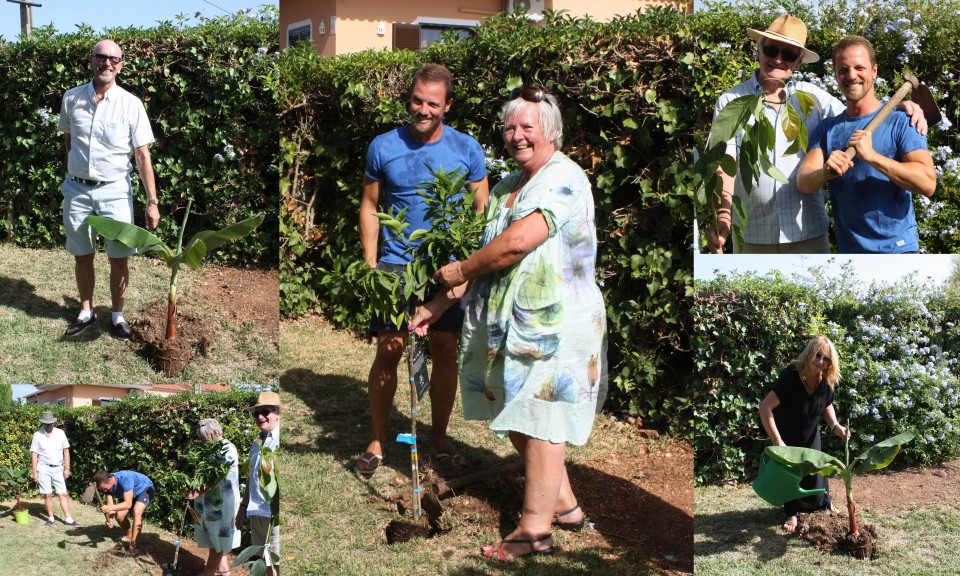 This will be our fourth concert at this delightful venue. The Casa da Cultura  in Silves is an intimate venue with a Moorish garden ideal for enjoying an evening of music. 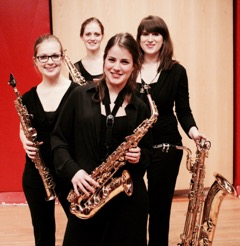 The evening will start with drinks and canapés before guests are treated to an uplifting programme of music by the Sonora Saxophone Quartet. The programme is similar to our sell out saxophone concert in 2013 where the artists performed a mixture of classical and contemporary music.

Tickets will be available shortly for a minimum donation of €15. For those of you who have supported and enjoyed these events before, this is a date for the diary for you and your friends. This is definitely one not to miss! Contact info.rotarysilves@gmail.com to reserve a ticket. 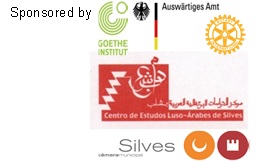 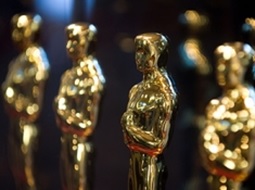 The students of Silves Sul and Wildern School (UK) are waiting with anticipation for the announcement of the winners at this first Oscar Ceremony in the Algarve. The event will take place in the Centro Pastoral in Pera. Judges which include the British Ambassador to Portugal will present the winners with the Oscars from a short list of nominees. The students have been working hard to produce work using a variety of digital media. There are nominees in categories such as Best Short Film, Best Photography, Best Soundtrack and many more. Each winner will be presented with their own statuette and a prize. Thank you to Projection Dreams for sponsoring the prizes. Students from Silves Sul will travel to the UK in July to the Wildern School Oscar Ceremony.
If you would like to attend the ceremony please ring our President Alan Winn on 913595067

On the 14 February, members and guests enjoyed a lovely evening together at the Restaurant Ponte Romano in Silves. We would like to thank all Rotarians and friends who contributed to this fundraising event. The event total was €1000 which will go towards support for the digital media project with the Escolas de Silves Sul. Guests were entertained by Sandie and the Easy Street Band. Thanks also to Andre and Sue Winstanley, Sue and David Butler Cole, Felicity Thoet and David Trubshaw for organising such a great event. 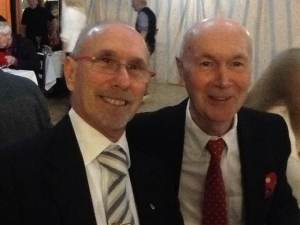 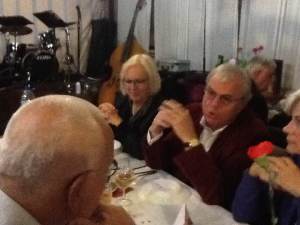